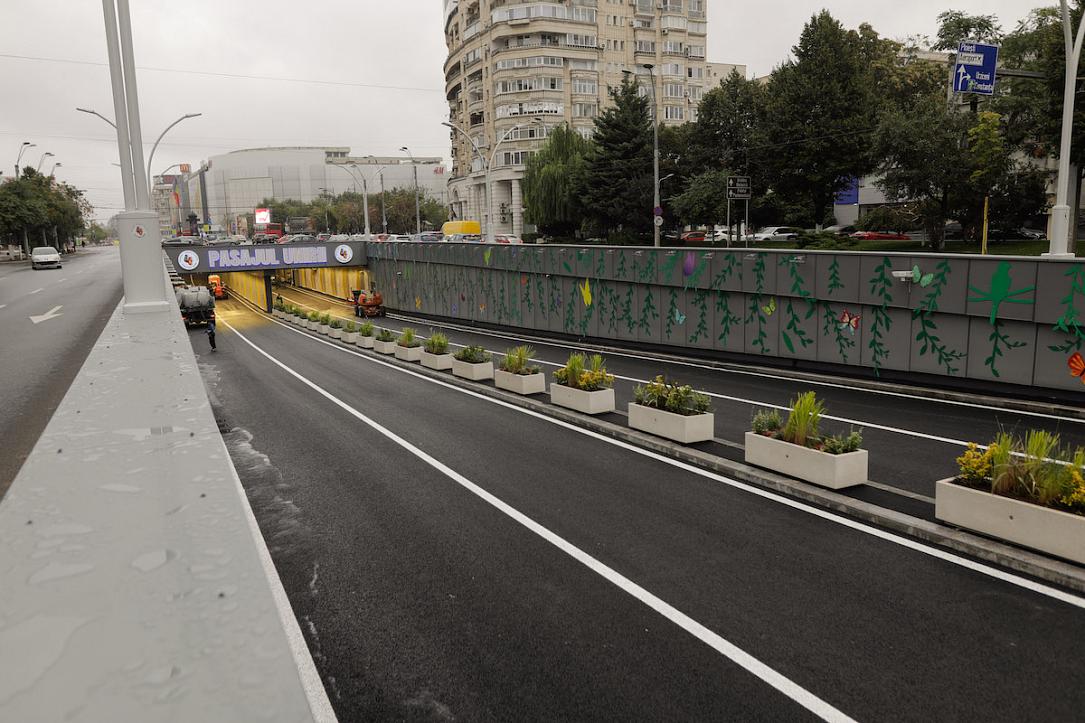 This weekly overview brings you the main topics from Romania, in pictures. Most of last week’s top news came from Bucharest: the reopening of the Unirii Underpass in the city center, the air show at Baneasa Airport, or the new contactless payment system for parking at the Otopeni Airport. Romania’s first edutainment center also opened its doors this past week, and the Romanian swimmers shined again at an international competition. See the photo collection for the August 29-September 4 week below. (Opening photo: Unirii Underpass after repairs; photo source: Inquam Photos/George Calin)

Unirii Underpass in downtown Bucharest reopened to traffic on Sunday evening, September 4, just in time for the start of the new school year in Romania. The 900-meter long tunnel, used daily by about 60,000 cars, closed about two months ago for repairs and modernization works that cost EUR 12 million. The District 4 City Hall said the Unirii Underpass is now “the safest” and “the most technologically advanced” road tunnel in the country. 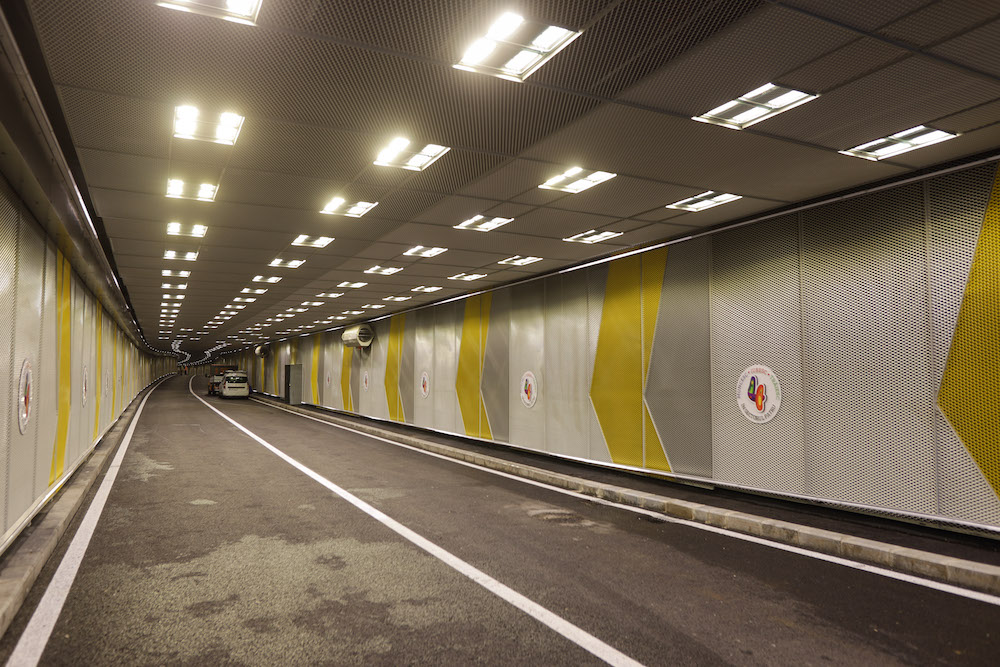 Bucharest International Air Show & General Aviation Exhibition (BIAS), the largest event of its kind in Romania, took place at the Baneasa Airport on Sunday, September 4. About 100 civil and military aircraft and over 150 pilots and paratroopers kept the spectators on their toes for a few hours with their aerobatics and demonstrations in the sky. Plus, participants also got to discover some of this industry’s secrets at the dedicated exhibition. 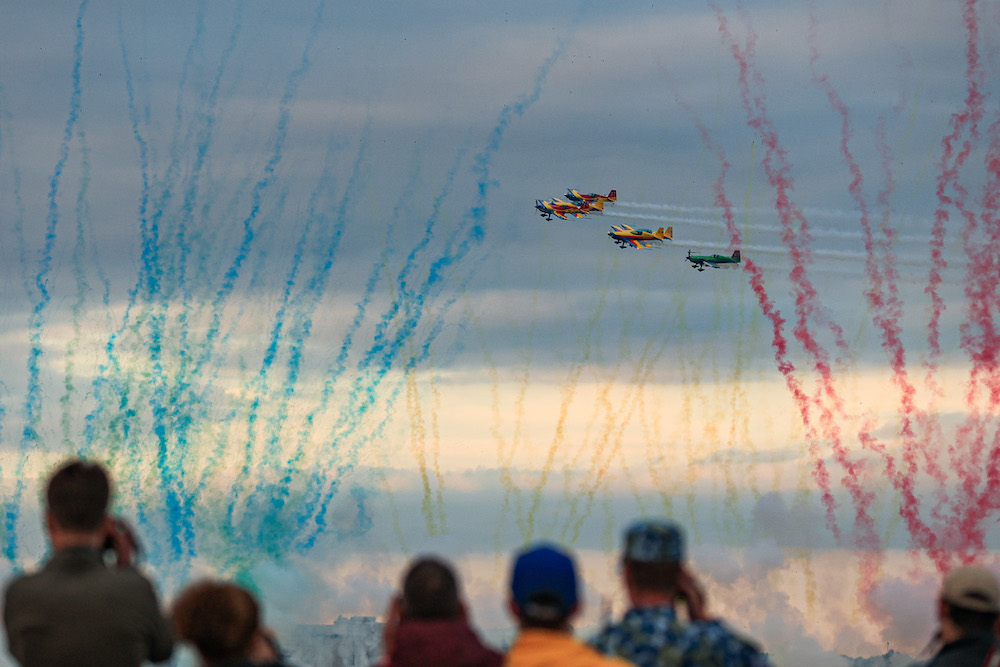 The Romanian government held a meeting on September 1 to discuss and adopt several measures targeting the energy market. Among them an emergency ordinance that prolongs the cap on electricity and natural gas prices paid by certain categories of consumers from April 1 until August 31, 2023. 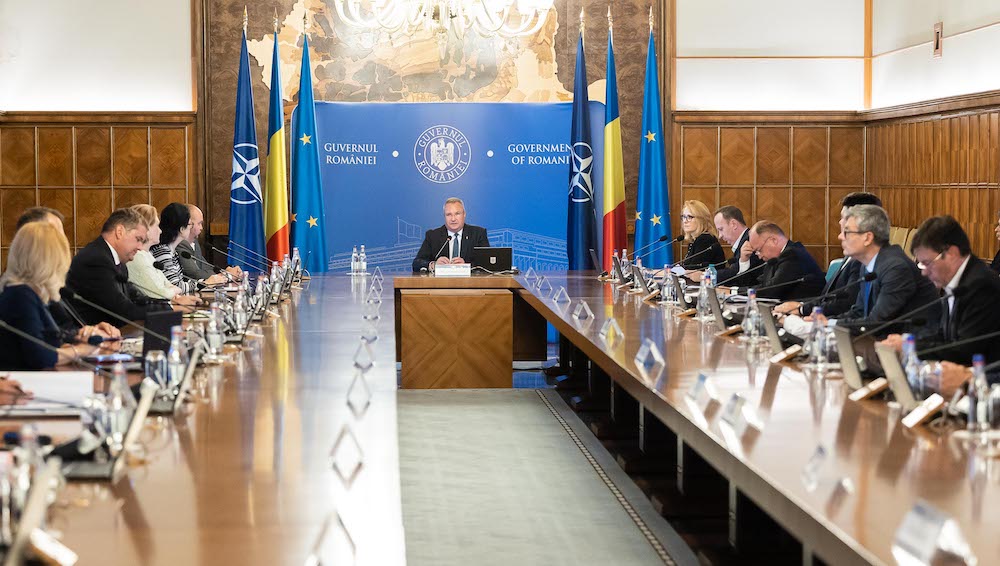 Also last week, prime minister Nicolae Ciuca participated in the “New Security Center – Black Sea and Balkans Security Forum” conference. The armed conflict in Ukraine was one of the main topics discussed at the event, but the security in the region and the energy crisis were also high on the agenda. “Romania remains deeply anchored in a Euro-Atlantic security and solidarity system that has proven unshakable, engaging in joint efforts to increase the national, societal, mass media resilience. It’s essential to convey these interests, values and concerns, together with Euro-Atlantic partners and allies and partners with shared interests globally,” the Romanian PM said in his speech. 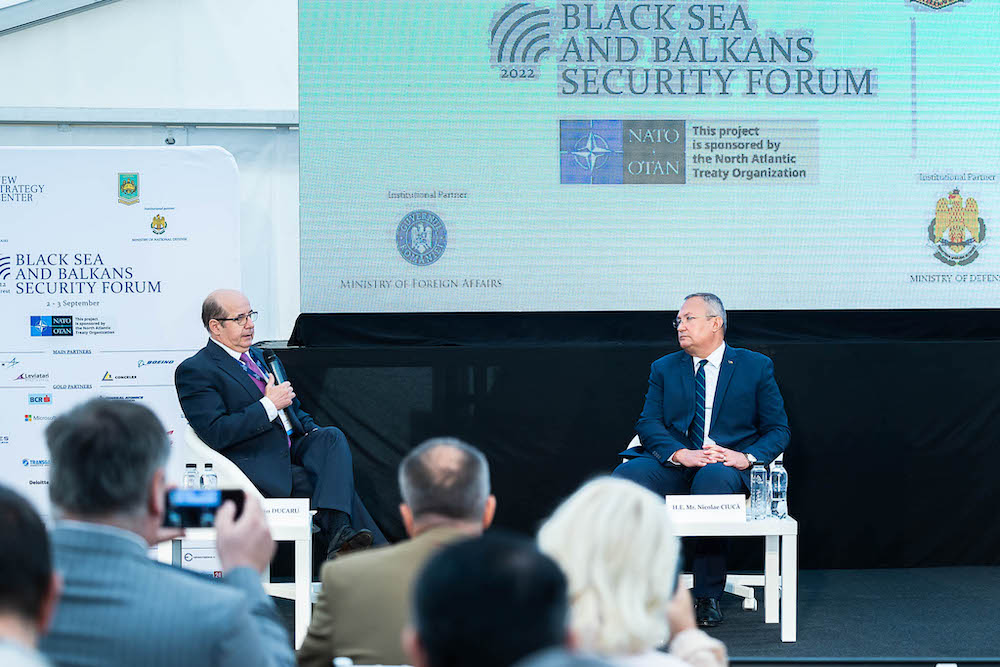 Destiny Park, the largest edutainment center in Southeast Europe and the first in Romania, opened its doors in northern Bucharest last week. The park is a miniature universe where children between the ages of 4 and 14 can be adults for a few hours or a day, meaning they can try jobs of grown-ups and get paid magic-money for them. All under the concept of edutainment – that is, learning through play. 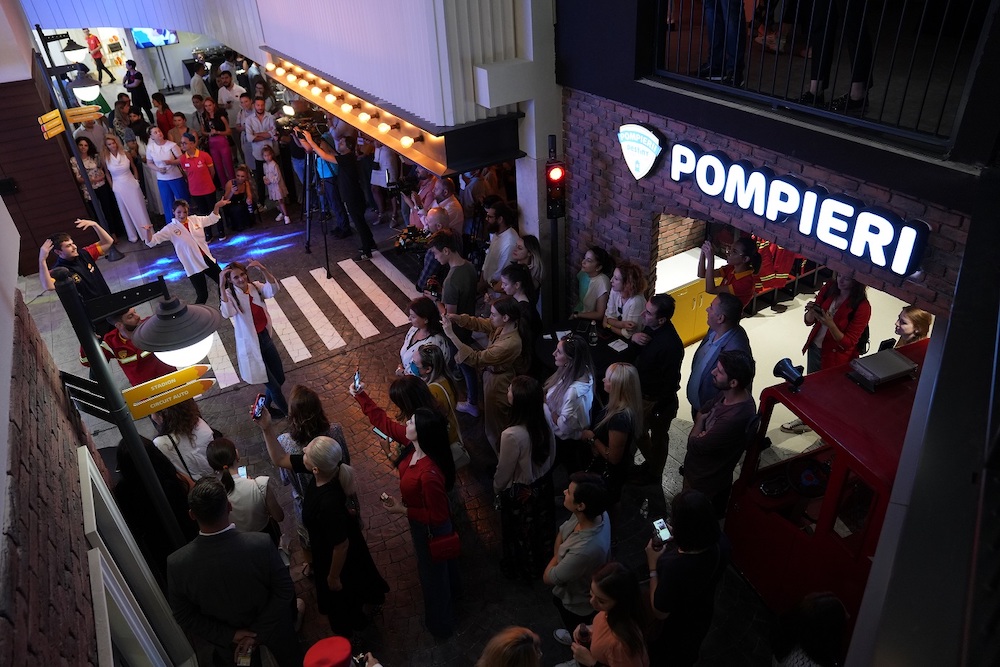 On August 30, the Romanian Red Cross opened a new social store in Bucharest where Ukrainian refugees can find food, sanitary and hygiene products, and clothing items. Called Humanity, the new store makes it easier for the refugees to access and stock up on essential products. Located on the D.I.Mendeleev street in the capital city, it is the 11th such location opened by the Red Cross in Romania, after those inaugurated in the counties of Botoșani, Brașov, Cluj, Iași, Maramureș, Teleorman, Tulcea, Satu Mare, Sălaj, and Vaslui. 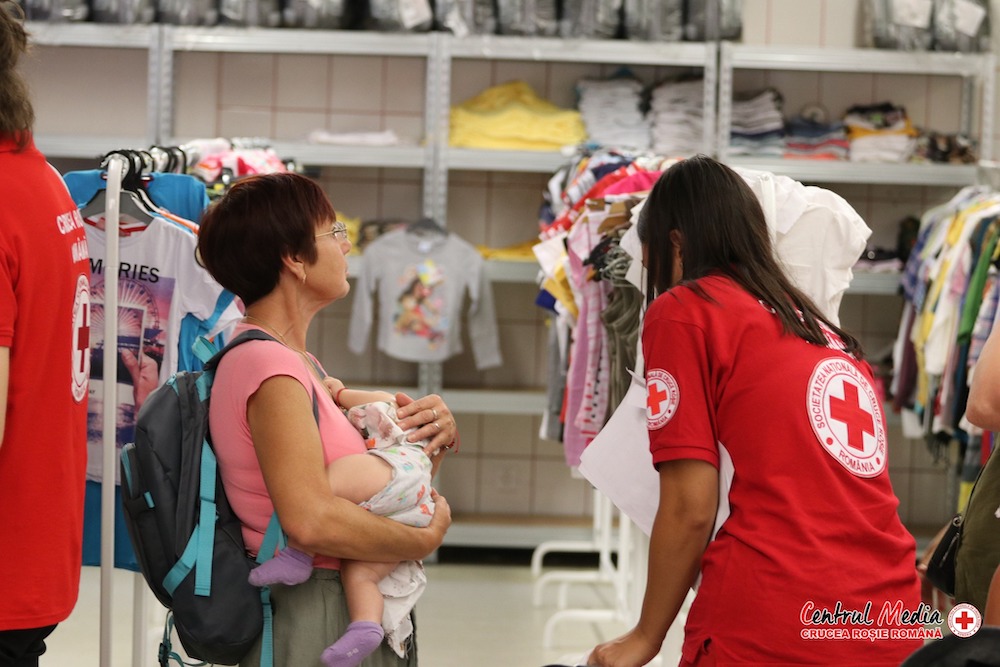 Another good news arrived from local lender Banca Comerciala Romana (BCR) last week, which announced that it implemented a smart parking payment system at the terminals of the Henri Coanda International Airport in Otopeni. The new solution makes it easier for travelers to pay for parking at Bucharest’s main airport: contactless by bank card or any smart device that allows payments through NFC technology. 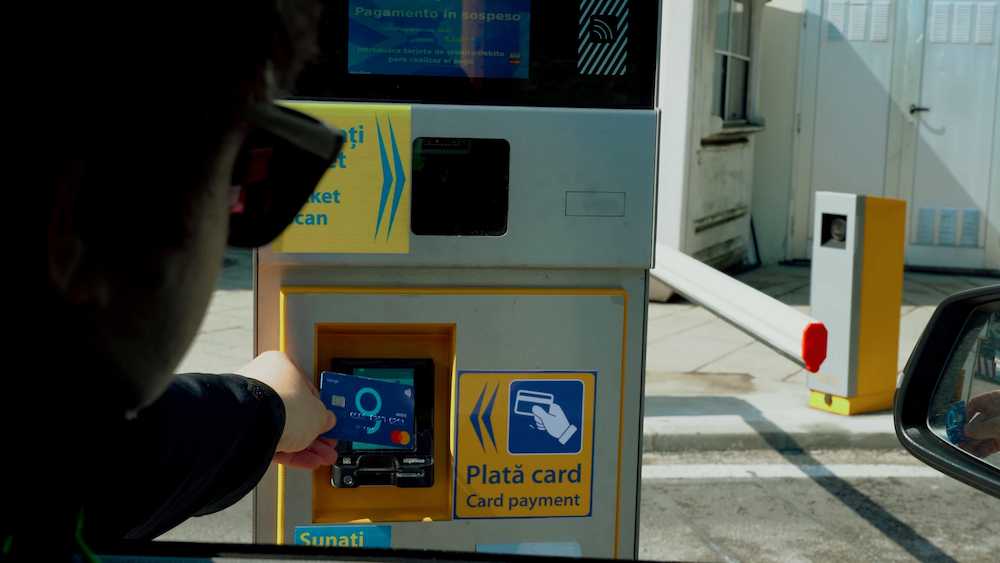 Meanwhile, Romanian swimmers shined again at an international competition. This time, at the FINA World Junior Swimming Championships 2022 in Lima, where they claimed a total of eight medals: 4 gold, 2 silver, and 2 bronze. As expected, David Popovici was one of Team Romania’s stars, winning medals in both individual and team races. 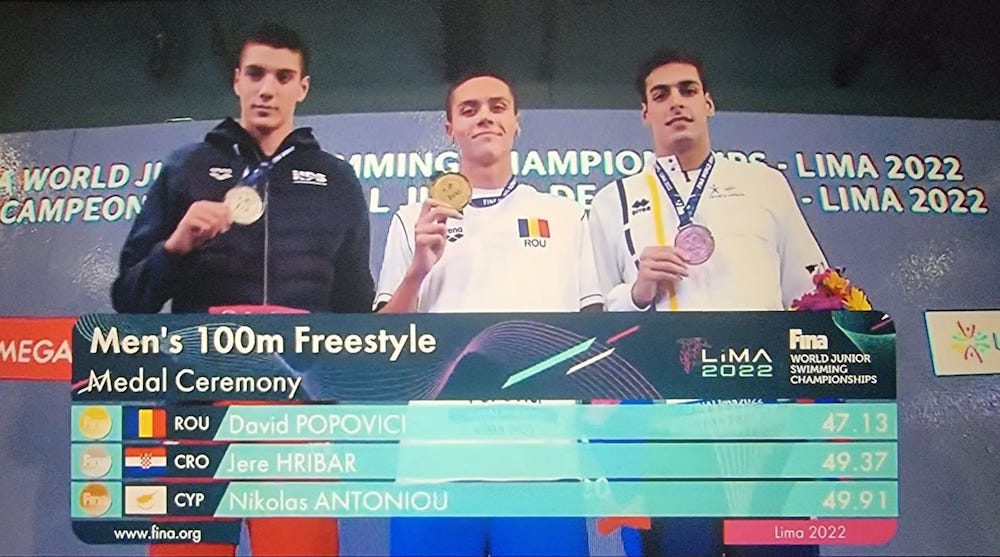 Also last week, the National Museum of Bucovina launched a zero euro banknote to promote the Fortress of Suceava. The special banknote can be purchased for RON 18 (EUR 3.6) and was issued in a print run of 10,000 copies. This unique project was launched in 2015, with other top landmarks such as the Sagrada Familia in Barcelona, the Cologne Cathedral (Kölner Dom), the Brandenburg Gate in Berlin, or Paris’s Arc de Triomphe being featured on zero euro banknotes.

The Biggest Layoffs of 2022 So Far: Real Estate, Stay-at-Home Markets Are Cooling Off Fast #adessonews

This website uses cookies to improve your experience while you navigate through the website. Out of these, the cookies that are categorized as necessary are stored on your browser as they are essential for the working of basic functionalities of the website. We also use third-party cookies that help us analyze and understand how you use this website. These cookies will be stored in your browser only with your consent. You also have the option to opt-out of these cookies. But opting out of some of these cookies may affect your browsing experience.
Necessary Sempre abilitato
Necessary cookies are absolutely essential for the website to function properly. These cookies ensure basic functionalities and security features of the website, anonymously.
Functional
Functional cookies help to perform certain functionalities like sharing the content of the website on social media platforms, collect feedbacks, and other third-party features.
Performance
Performance cookies are used to understand and analyze the key performance indexes of the website which helps in delivering a better user experience for the visitors.
Analytics
Analytical cookies are used to understand how visitors interact with the website. These cookies help provide information on metrics the number of visitors, bounce rate, traffic source, etc.
Advertisement
Advertisement cookies are used to provide visitors with relevant ads and marketing campaigns. These cookies track visitors across websites and collect information to provide customized ads.
Others
Other uncategorized cookies are those that are being analyzed and have not been classified into a category as yet.
ACCETTA E SALVA
Richiedi info
1
Richiedi informazioni
Ciao Posso aiutarti?
Per qualsiasi informazione:
Inserisci il tuo nominativo e una descrizione sintetica dell'agevolazione o finanziamento richiesto.
Riceverai in tempi celeri una risposta.